Kandy is one of the most scenic cities in Sri Lanka and worth to stay a day or two. Enjoy the lush green hills, the misty mornings on the Mahaweli River and dive in to cultural and historical treasures this heritage city has to offer. Read our detailed Kandy Guide, including 12 of the very best things to do in Kandy, below…

Nestled between mountains and hills, Kandy could hardly be more in the heart of the island and is, therefore, the ideal starting point for explorations of the Cultural Triangle and Sri Lanka’s hill-country.

Kandy itself is already worth the trip to the mountain region, luring you with an incomparable backdrop and true cultural treasures of Buddhism. Of particular importance is the Sri Dalada Maligawa, also known as the “Temple of the Tooth Relic“. The relic has always been considered a sign of power, which in the past gave the owner control over the political life of Sri Lanka.

But Kandy’s appeal lies not only in its important historical remains but also in the fabulous mixture of culture and nature. Everywhere there is a view of the lush hills that surround the city center, and a large lake in the heart of Kandy invites you to take long walks. Stroll past giant trees and the palm island with its fountain in the middle of the lake. A detour into the hills outside of the city center is also worthwhile and lead you through lush green hills and past imposing villas.

For the 12 Very Best Things To Do In Kandy, please scroll further down the page. 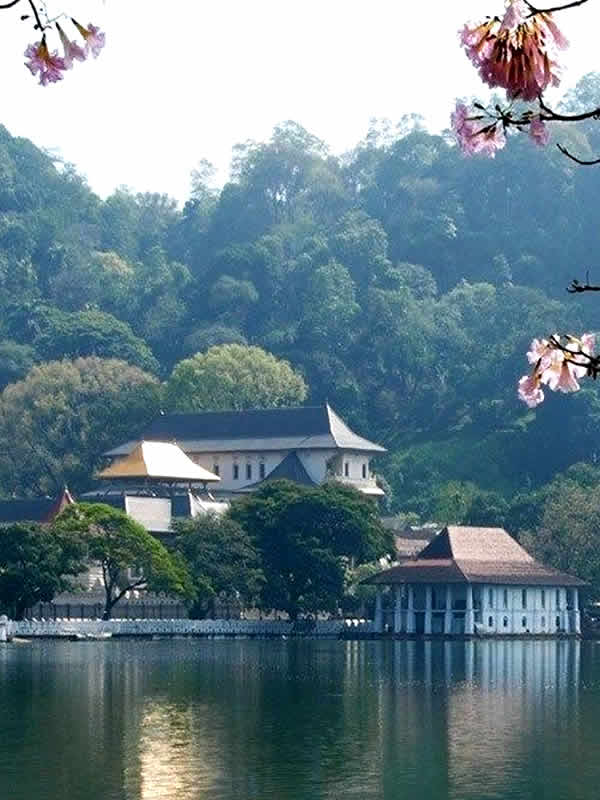 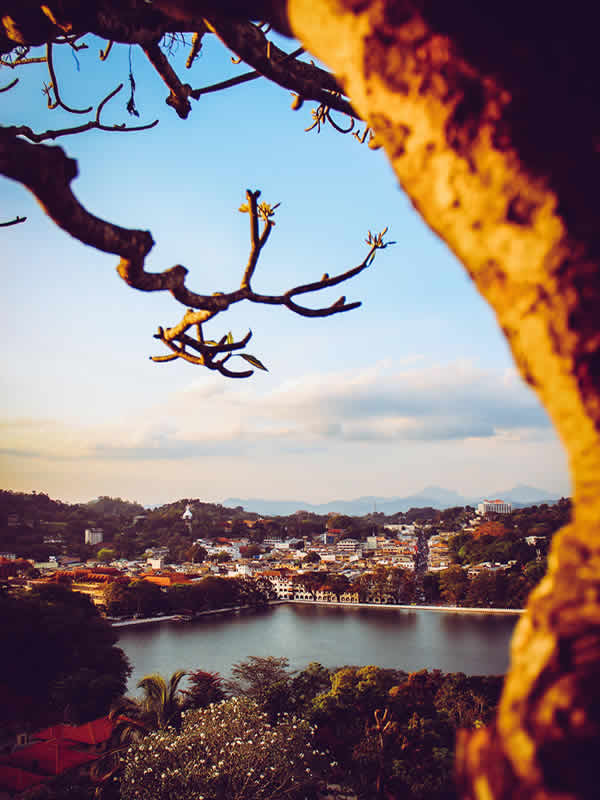 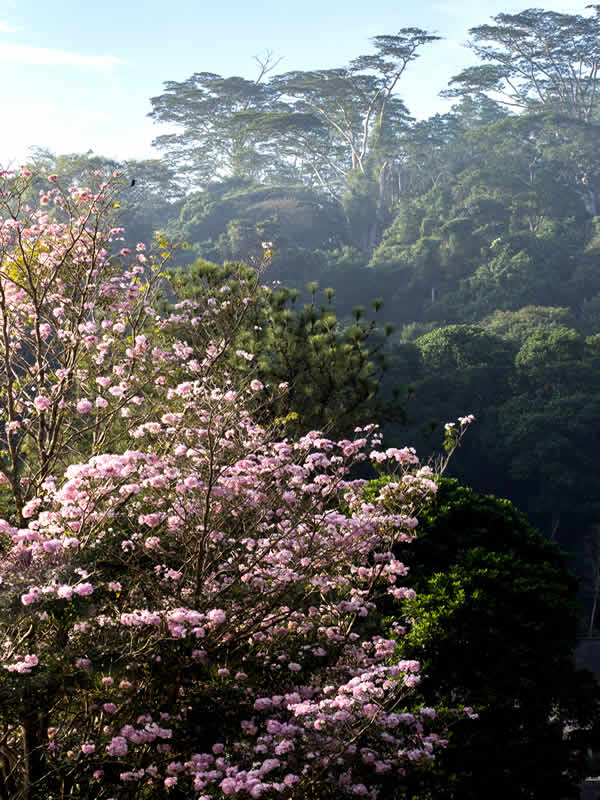 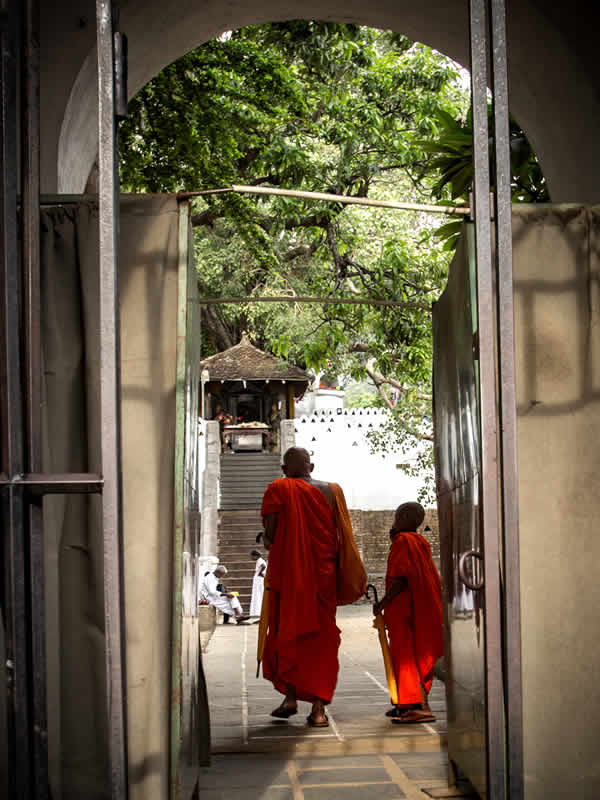 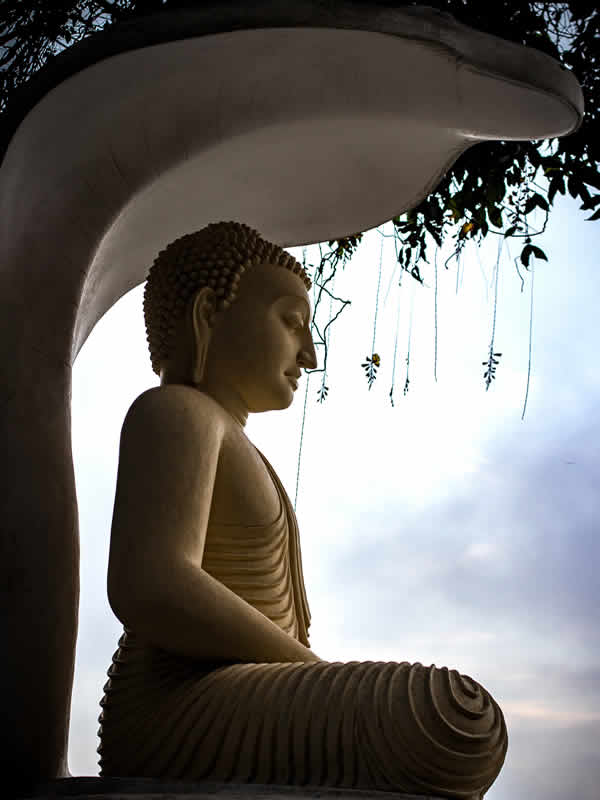 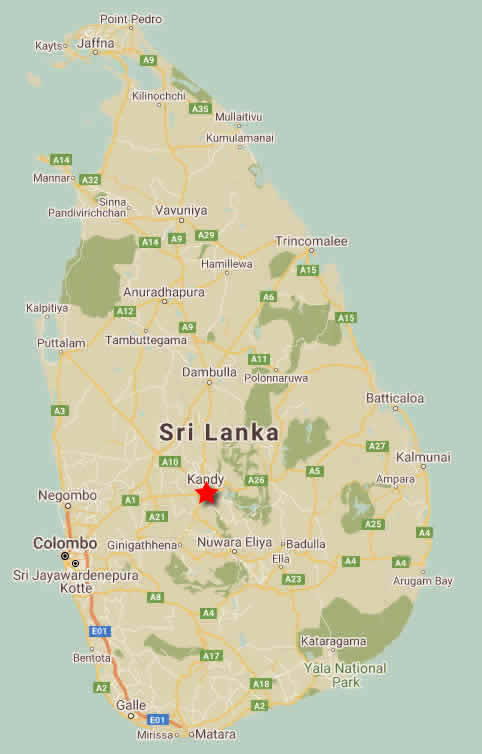 The 12 Best Things To Do In Kandy

Temple of the Sacred Tooth Relic

Never has a  tooth held so much significance to so many people, yet that’s exactly the reason that the impressive Temple of the Sacred Tooth and Royal Complex (Sri Dalada Maligawa) is the main attraction in Kandy.
This ornate golden-roofed temple houses the most important Buddhist relic in Sri Lanka – a tooth of Buddha brought to the island in the 4th century. The temple was built between 1867 and 1707 specifically to honor this sacred relic, and the temple has long since been a place of importance for both Sri Lankan and international visitors.
Inside the main shrine, devotees file slowly through the various rooms on their way to the casket, bending to leave offerings and pray quietly below the elaborate Buddhist murals. It’s a deeply spiritual place, and a quiet reverence floods each room.

The Peradeniya Royal Botanical Gardens is the largest of the botanical gardens of Sri Lanka and the finest of its kind in Asia. In the Mediterranean climate of Kandy, the gateway to the central highlands, the Gardens lies at an elevation of 460 meters above sea-level, tightly bounded on three sides by the loop of the River Mahaweli (Great Sandy River), Sri Lanka’s largest river.
We recommend strolling along the impressive avenue of royal palms; a beautiful tree-lined pathway in the interior of the gardens. The famous Orchid garden and unique Cannonball tree, planted by King George and Queen Mary during their visit in 1901, are also not to miss.

Apart from the Temple of the Sacred Tooth, the most important other temples in Kandy are the Gadaladeniya Viharaya Temple, Embekke Temple, and Lankathilaka Temple which serve as a living history to Sri Lanka’s extensive Buddhist heritage and craftsmanship.

Galadeniya Viharaya
Dating from the 14th century, Gadaladeniya Viharaya is built on a rock cliff and contains gilded, seated Buddha statues. In the center of the temple lies the Banyan tree, as well as ponds formed on the rock face.

Embekke Devalaya
Embekke Devalaya was built in the 14th century by the King Vikramabahu III, and is dedicated to the Hindu deity Mahasen. The temples are famous for its carved wooden pillars, which depict both humans and animals, as well as it’s three main three sections, the ‘Sanctum of Garagha’, the ‘Dancing Hall’, and the ‘Drummers’ Hall’, which houses the best carvings.

Lankathilaka
The most impressive temple in outer Kandy is Lankathilaka Vihara. Perched on a rocky outcrop, this 14th-century temple is one-half Buddhist, one-half Hindu, and incorporates a number of historical significant relics, including a seated Buddha image, rock-face inscriptions featuring both Sinhala and Tamil section, and stone Elephant figures.

Built in 1972, the sculpted white statue is one of the tallest in Sri Lanka (at 27m in height), and can bee seen from just about anywhere in Kandy. Bahirawakanda offers incredible panoramic views over the green and blue hues of Kandy and beyond and is best to visit at sunset when the city is bathed in a golden glow as the sun drops behind the mountains in the distance.

Located in between Sri Delada Veediya Road and Colombo Street, the old town of Kandy is home to a labyrinth of market stores, selling everything from textiles to incense.  While there, take the opportunity to visit the Giragama Walawwa (former royal building), the historic and stunning Red Mosque, or the Kataragama Devalaya Hindu temple.

Right at the heart of Kandy is the peaceful the Kandy Lake, backdrop to many of the city’s major attractions including the Temple of the Tooth Relic, and Udawattakele Forest reserve.
The artificial lake was built in 1807 by Sri Wickrama Rajasinha, the last ruler of the kingdom of Kandy, who wanted to build a waterway to get to the other side of the valley. After its completion, the island in the middle was used for Sri Wickrama Rajasinha’s personal harem. The idyllic lake is the perfect place to get away from Kandy’s busy city street life.

Visit a Bhikkuni (Nun) monastery on the outskirts of Kandy and learn the history of Buddhist nuns, starting with the first-ever, Mahapajapati Gotami. See the meditation halls and gardens, the stupa, and the Bodhi tree while asking questions about Buddhism in Sri Lanka.
Meet with a bhikkuni who will describe the ordained life to you. This is ideal for those wanting to learn about the core principles of Buddhism and its history.

Once the King of Kandy’s personal garden, Udawattakele is now an urban forest and wildlife sanctuary home to several
species of mammals, reptiles, and other animals. Within the sanctuary, you’ll find places of interest like the Water Pond, the highest peak of Kodimale,  the Senkanda Cave, and several Buddhist temples.

The Festival of the Tooth or Esala Perahera is a historical festival that pays homage to the Sacred Tooth Relic of Lord Buddha. The procession consists of traditional local dances such as fire-dances, whip-dances, Kandyan dances, and lavishly adorned elephants. The Esala Perahera is an annual event, held in July or August. For the exact dates, tour packages, and seat reservations, please contact us…

Inside the Temple of the Tooth

The crown jewel of Kandy is the famed Sri Dalada Maligawa, also known as the Temple of the Tooth. ‘Maligawa’ literally translates to palace, and the temple is part of the palace complex

Fine white sand, turquoise blue water, offshore coral reefs and many things to see and to do just nearby. The choice can be difficult considering the large selection, but there is something for every holiday type. Pristine sandy beaches await honeymooners and those seeking tranquility. If you like to party, you should choose a beach with many bars and an active nightlife. 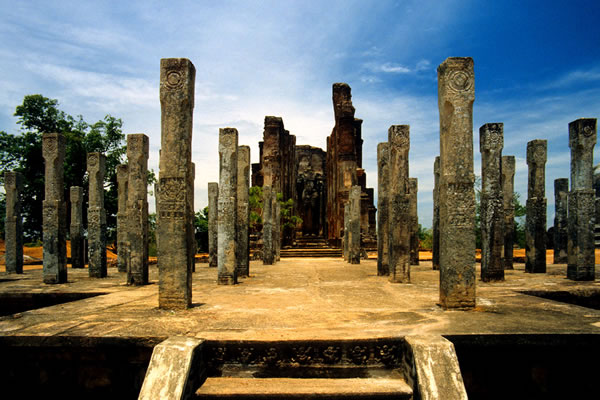 Encompassing everything in between Anuradhapura, Polonnaruwa, and Dambulla, Sri Lanka’s Cultural Triangle is a treasure trove of ruins, rocks, and wildlife. Both ancient cities – Anuradhapura and Polonnaruwa – offer a wealth of historical and religious sites, whilst the cave temples of Dambulla make up the third point of the triangle. 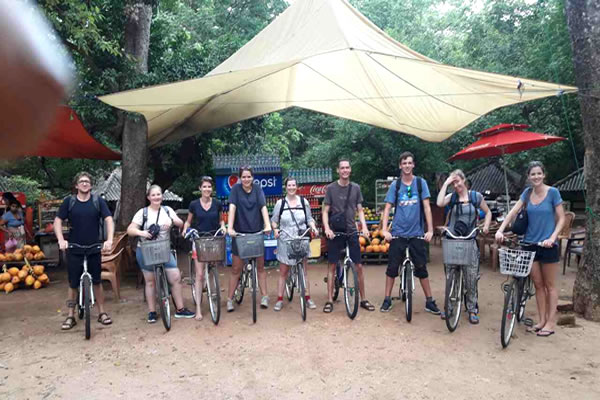