Sri Lanka’s Cultural Triangle is a treasure trove of ruins, rocks, and wildlife

Encompassing everything in between Anuradhapura, Polonnaruwa, and Dambulla, Sri Lanka’s Cultural Triangle is a treasure trove of ruins, rocks, and wildlife. Both ancient cities – Anuradhapura and Polonnaruwa – offer a wealth of historical and religious sites, whilst the cave temples of Dambulla make up the third point of the triangle. Inside the triangle, you’ll also find the Sigiriya Rock Fortress and Sri Lanka’s ‘cultural capital‘ Kandy.

A visit to the Cultural fits easily into a multitude of different Sri Lanka itineraries. Whether you start off in Negombo, close to the International Airport or head inland from the East Coast via Nuwara Eliya, and Yala National Park, you always can plan your route accordingly.

A main attraction of Sri Lanka’s Cultural Triangle is the sacred Bodhi Tree in Anuradhapura. The Sri Maha Bodhi is believed to have grown from a branch of the Bodhi tree under which Buddha found enlightenment. This is the most sacred tree in all of Sri Lanka and has been so for thousands of years.

The ancient temples of Anuradhapura and Polonnaruwa aside, the Cultural Triangle is home to the famouse Dambulla Cave Temple and some other smaller cave temples. The Dambulla Cave Temple is home to a giant sleeping Buddha statue surrounded by smaller standing statues and wall paintings depicting the life of Gautama Buddha. The cave complex is made up of five temples and a giant golden Buddha. 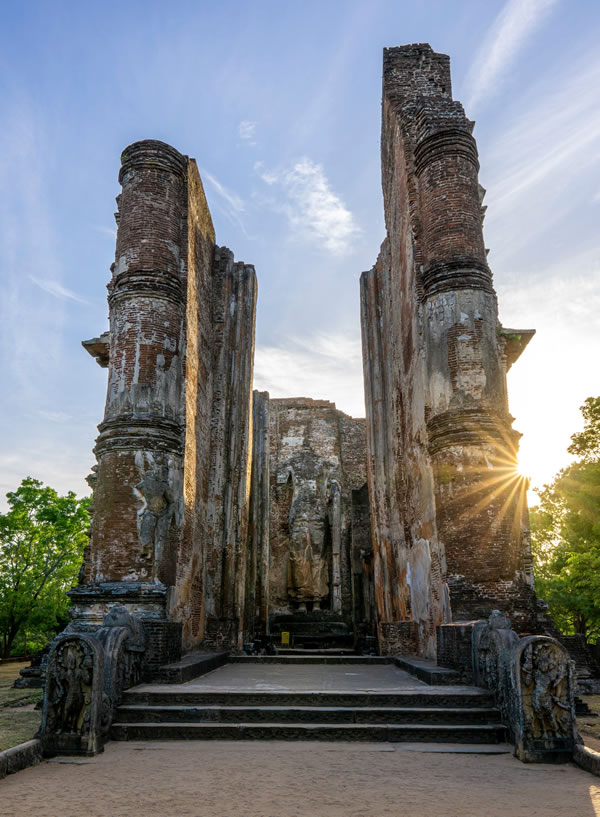 Places to see in the Cultural Triangle of Sri Lanka 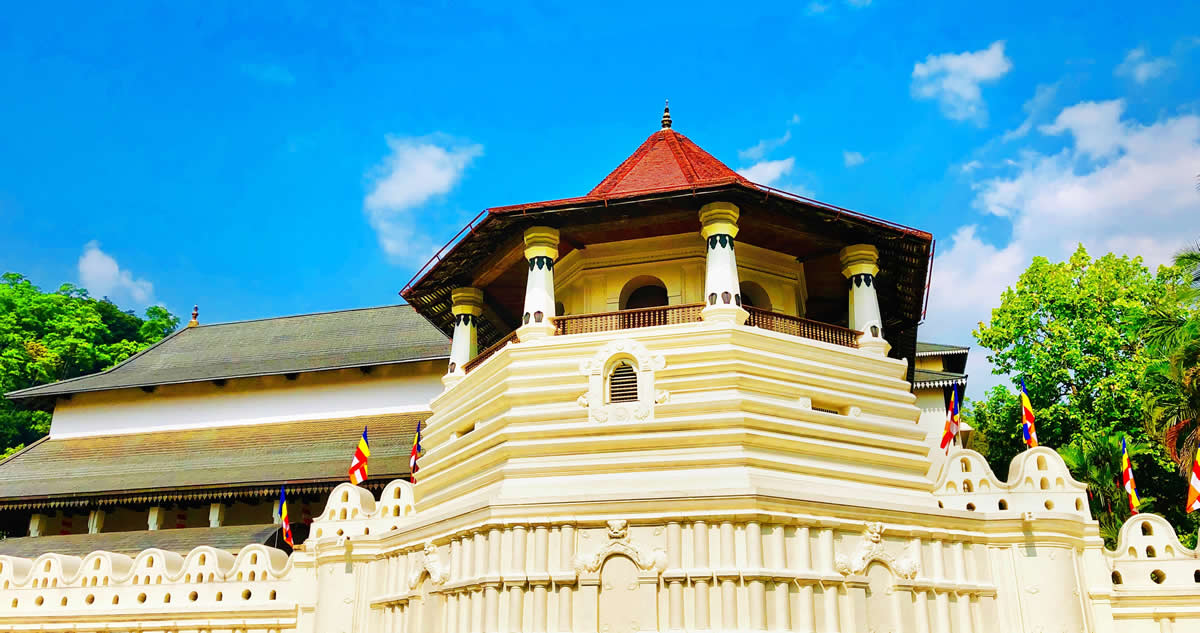 Kandy is one of the most scenic cities in Sri Lanka and worth staying a day or two. Enjoy the lush green hills, the misty mornings on the Mahaweli River, and dive into cultural and historical treasures this heritage city has to offer. Read our detailed Kandy Guide, including 12 of the very best things to do in Kandy. 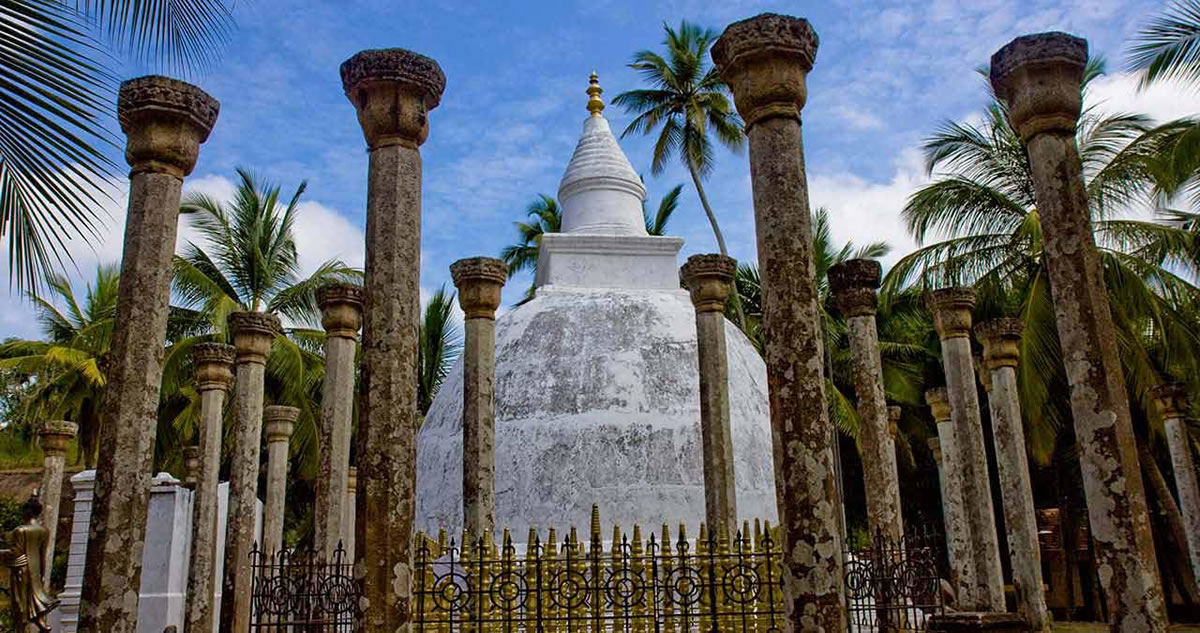 The Sinhalese Buddhist civilization was born in Anuradhapura, a former royal city dotted with ancient stupas and ancient reservoirs. The temples & monumental dagobas, amongst greatest architectural feats of its age, have been surpassed only in scale by the great pyramids of Khufu & Khafra at Giza. 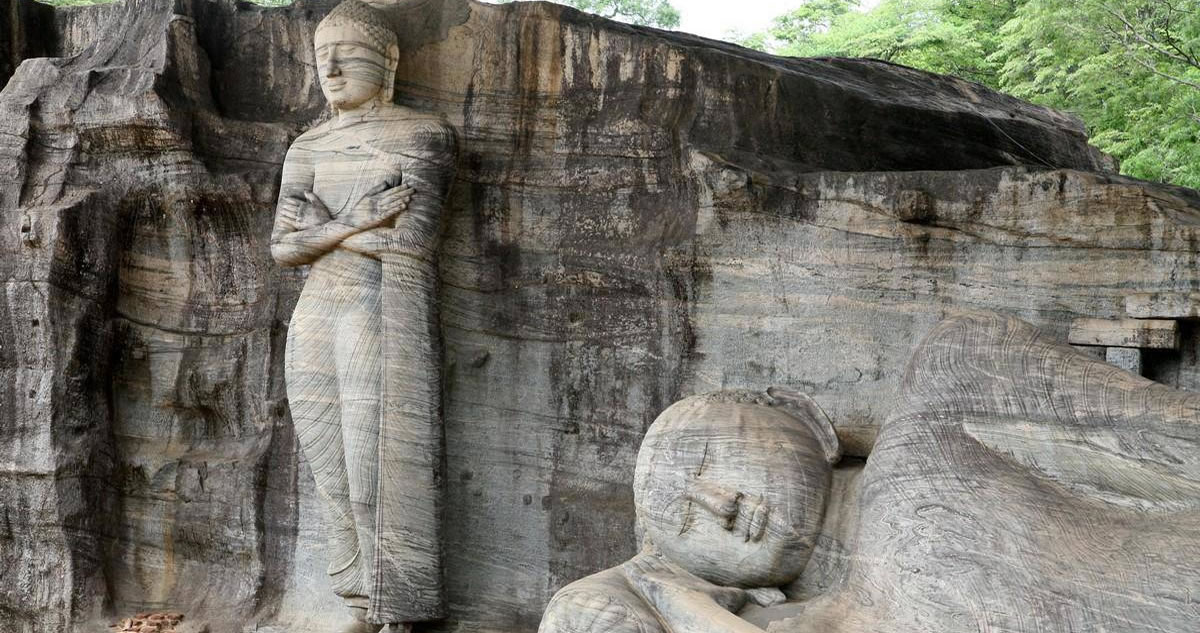 From the eleventh to the thirteenth century Polonnaruwa was the ancient capital of ancient Sri Lanka and is the repository of outstanding ruins, frescoes, and enormous statues of reclining Buddhas. What remains of the ancient city itself is a cluster of palaces and temples contained within a rectangular city wall. 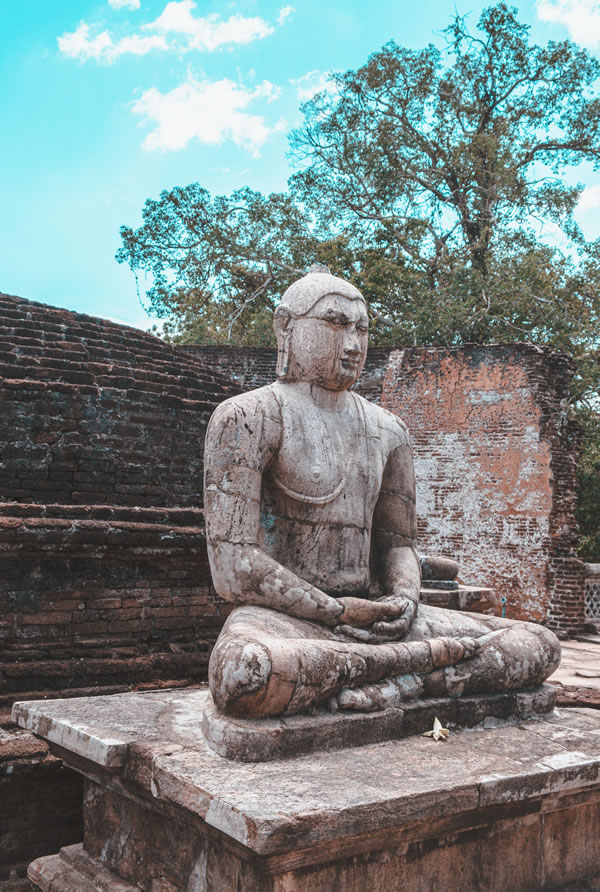 Sri Lanka – where history fades into the mist of legend

Rajarata or King’s Land in the northern part of the Cultural Triangle is where the ancient Sinhalese kings built their cities and residences, with some of the structures dating back as far as 2000 years. The southern section of the triangle is Kandy where the Kandyan empire ruled between the 14th and 19th centuries. The two kingdoms are not directly related but were both Buddhist and their beliefs and religious structures permeate through history.

Sri Lanka’s history dates back to Balangoda Man, whose fossils document a settlement 35,000 years ago. Various chronicles tell of ancient kingdoms as early as the 6th century BC. In the 3rd century, Buddhism reached the island and began to have a major impact on political events. Numerous kingdoms spread across Sri Lanka for centuries until they were united under the Chola rule around the year 1000.